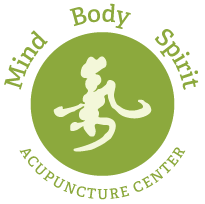 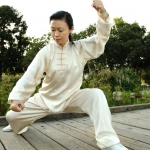 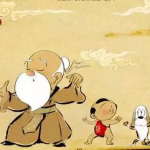 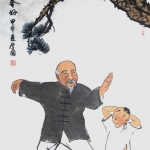 Tai chi developed in China in about the 12th century A.D. It started as a martial art or a practice for fighting or self-defense, usually without weapons. Over time, people began to use tai chi for health purposes as well. Many different styles of tai chi, and variations of each style, developed, such chen, yang, sun and wu style. The term “tai chi” has been translated in various ways, such as “internal martial art,” “supreme ultimate boxing,” “boundless fist,” and “balance of the opposing forces of nature.”
Another concept in tai chi is that the forces of yin and yang should be in balance. Thus when moving up one is always able to change and move down, moving to the left one is able to change and move to the right, defending one is ready to attack etc. This is why the movement in Tai chi has a flowing quality which is never interrupted during the practice.

Other key beliefs in Tai chi

Certain concepts from Chinese philosophy were important in tai chi’s development. A few are as follows:

People practice tai chi for various health purposes, such as:

Many people practice tai chi for health purposes. In the United States, a 2002 national survey on Americans’ use of CAM found that 1.3 percent of the 31,000 survey participants had used tai chi for health reasons in the year before the survey. Tai chi is widely practiced in China (including in its hospitals and clinics) and in other countries with a substantial native-Chinese population.